The iPhone 12 Pro Max has unique features that are different from the other iPhone 12 series, some of them are below.

Apple has supported its top phones, the iPhone 12 Pro and iPhone 12 Pro MAX, with LiDAR technology. Which according to the company, is used by NASA in the landing missions on Mars, and with this new technology. 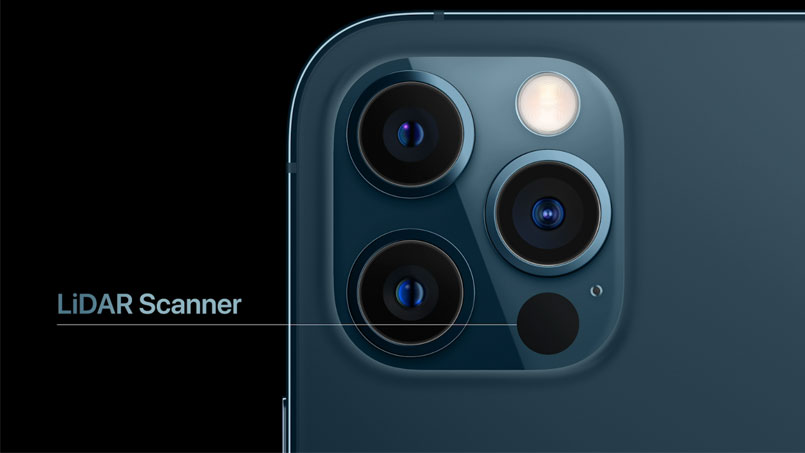 The camera in the new iPhone can measure the distance and locate the presence of elements with high speed and accuracy as well as creating a three-dimensional map of any space with ease, and so the new iPhone camera can capture clear photos in low light and Portrait photos in night mode, and the autofocus will work faster than before, regardless of lighting conditions.

Apple announced the Dolby Vision feature in the iPhone 12 family, and it can be said that the iPhone is the first smartphone to support this technology where professional cameras cannot supporting this technology. So far allows HDR video recording in 10-bit quality, this means capturing 700 million colors and enjoying videos closer to reality thanks to the A14 Bionic iPhone chip.

And for those who do not know the iPhone 12 new feature is an HDR video format that works by adjusting images on a frame-by-frame basis or scene by scene, this helps make the image vibrant in color and more realistic and when recording a Dolby Vision video via the iPhone 12 camera. 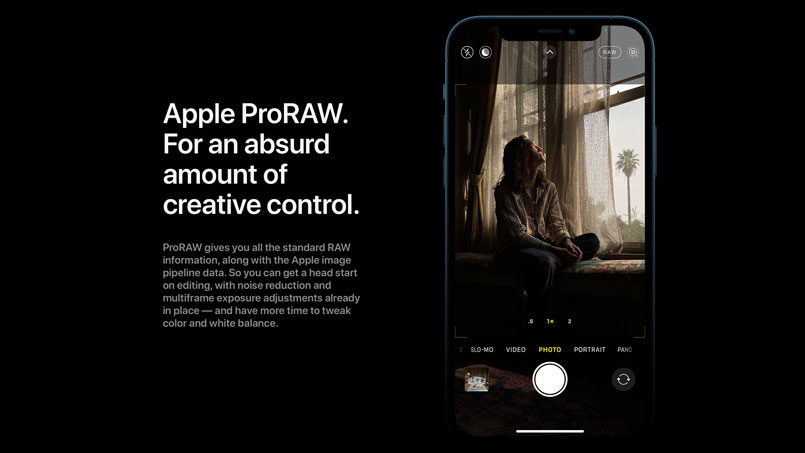 The more expensive iPhone 12 devices have the ProRAW mode, which will soon arrive via an update from Apple and will allow the user to edit photos in addition to professionally transferring and processing them, as well as reducing noise and adjusting the exposure multi-frame. This contributes to color adjustment and white balance to get in the end stunning visuals are full of life.

As for the new technology, you move the sensor instead of the camera lens to get you still images that do not contain blemishes or noise even when you move.

Apple always thinks about adding any technology to the iPhone completely differently, as Apple strives to be the best when using any feature, even if it was previously present in other phones and does not care to be the first and this is the case in wireless charging which was available in phones Android has been around for a long time and at great speeds.

However, with the announcement of the iPhone 12, the company unveiled a new ecosystem of accessories thanks to MagSafe technology, which can wirelessly charge the iPhone, and although this technology is not new, Apple has developed it to become a charging standard. Completely wireless, and paves the way for a future iPhone without ports.

Many iPhone users see that the most important thing announced by Apple is the support of the iPhone 12 family for the fifth generation networks, although the company is late.

As we said, it prefers a delay in exchange for bringing the best in the feature and this is what I did by waiting for the second generation of chips The 5G modem is the most energy-efficient and this is evident in the new Smart Data Mode feature, which prevents energy drain when operating fifth-generation networks.

And the fact that using a 5G connection when browsing will consume two hours of iPhone battery life, but thanks to the data mode feature Smartphone will be rationalizing consumption and connecting to the 5G network only when needed.

Apple said during the unveiling of the iPhone 12 that it is equipped with a layer of Ceramic Shield, which provides protection four times stronger and better in the event of its fall compared to most smartphones currently in existence.

And indeed tests have shown that the new protection layer is more durable, yet this does not mean that the new iPhone is more resistant to scratching, as it should be noted that the back of the new iPhone has not been improved as on the front, so the occurrence of the device on the back will lead to shattering the glass with ease, but it can be said that the iPhone 12 screen is now able to Withstand crashes much better than previous models.

Finally, you will not find these features on any other phone, although some of these features are not new, Apple was the first to add them in the iPhone 12 lineup, and even improved them to work more efficiently and all this is due to the A14 chip, which provides amazing performance and high speed compared to In any other segment.

This website uses cookies to improve your experience while you navigate through the website. Out of these, the cookies that are categorized as necessary are stored on your browser as they are essential for the working of basic functionalities of the website. We also use third-party cookies that help us analyze and understand how you use this website. These cookies will be stored in your browser only with your consent. You also have the option to opt-out of these cookies. But opting out of some of these cookies may affect your browsing experience.
Necessary Always Enabled
Necessary cookies are absolutely essential for the website to function properly. This category only includes cookies that ensures basic functionalities and security features of the website. These cookies do not store any personal information.
Non-necessary
Any cookies that may not be particularly necessary for the website to function and is used specifically to collect user personal data via analytics, ads, other embedded contents are termed as non-necessary cookies. It is mandatory to procure user consent prior to running these cookies on your website.
SAVE & ACCEPT
wpDiscuz
0
0
Would love your thoughts, please comment.x
()
x
| Reply
Adblock
detector