Skip to content
Table of Contents hide
1 Apple iPhone 12 hidden features you should know about
1.1 You Can Charge the Battery to 50% in Just 30 Minutes
1.2 You can Use iPhone 12 as a Car Key
1.3 You Can Stream and Play Games from Your Xbox
1.4 You Can Take Amazing Selfies at Night
1.5 Water-Resistance Holds up to a Depth of 30 Minutes

The iPhone 12 and 12 Pro are now officially available, and customers can obtain it, and after the release of the iPhone, many reviews were made and new unannounced features were discovered, either in reports of leaks or even in the official conference to launch the iPhone. You may think that you have become aware of everything big and small about the latest iPhone, but as is known to all, Apple does not reveal all the details at once about iPhone 12 hidden feature , and with time it discovers things that you did not know anything about. 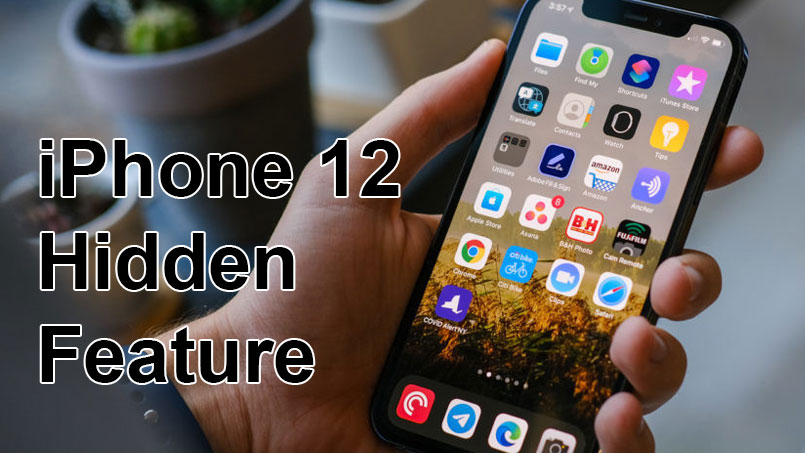 Apple iPhone 12 hidden features you should know about

In this article, we will reveal iPhone 12 hidden feature may not have known that the device can do. here’s:

You Can Charge the Battery to 50% in Just 30 Minutes 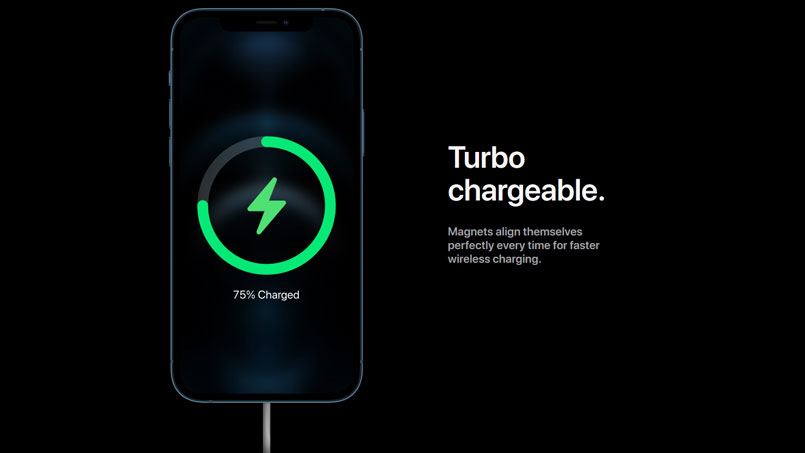 iPhone 12 has the option of fast charging through which it charges up to 50% in just 30 minutes. But you have to do it right. To charge as fast as possible, you’ll need the optional 20W Apple Charger and USB-C to Lightning cable that came with the phone.

You can Use iPhone 12 as a Car Key

Apple’s CarKey feature was only in the pipeline earlier this year, and Apple has finally opened the door to let you use your iPhone as a key. You can use this virtual key to unlock, operate your car, and more. You can even share it with others. It’s only available on select BMW vehicles but is expected to be introduced on other vehicle models shortly. 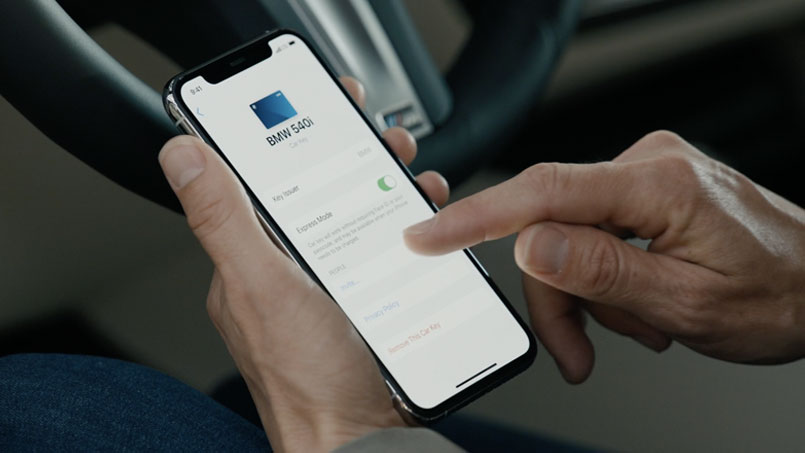 It takes quite a bit to add your virtual key to your Apple wallet. You must have an account on the manufacturer’s website for your car, and both the car and the Apple Wallet app must be linked to the same account. Once paired, you can keep the real car keys in a safe place and carry an iPhone instead.

You Can Stream and Play Games from Your Xbox

The A14 Bionic processor includes a quad-core GPU that lets you play console-like quality games. Not only will you be able to play Apple Arcade games, but you will also be able to play Xbox games. Microsoft’s latest Xbox app adds the ability to stream games from a connected Xbox console. And with a faster iPhone 12 processor and OLED screens, the games on iPhone 12 will be impressive.

You Can Take Amazing Selfies at Night

Apple has refreshed the camera system on the iPhone 12, adding a LiDAR “light and range detection” camera. As its name suggests, LiDAR measures the distance from your camera to objects in your surroundings. 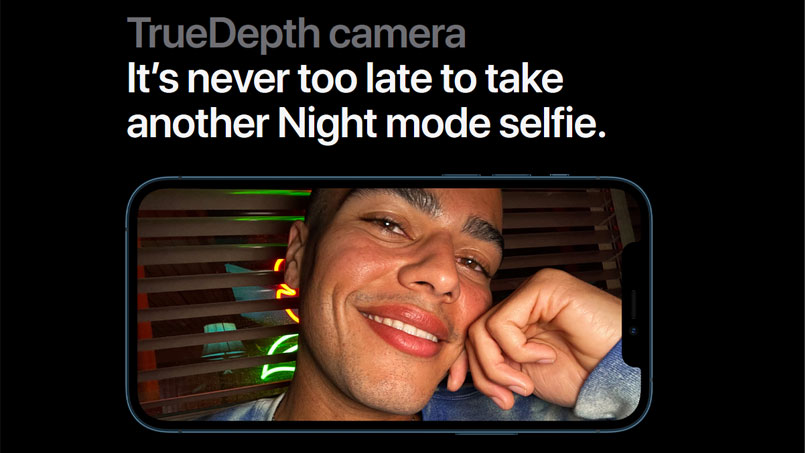 The LiDAR camera assists in augmented reality applications and plays a role in low-light photography and selfies by improving autofocus and reducing capture time. Add to that the A14 Bionic processor, which enables advanced night mode shooting and great picture in the dark.

Water-Resistance Holds up to a Depth of 30 Minutes

iPhone 12 series has an IP68 water resistance rating, which means it can take a fair amount of risk before major malfunctions begin. The two letters IP in IP68 symbolize protection from ingress of water and dust, while the number 6 refers to protection from particles such as sand and dust, with the highest rating being 6, and the iPhone 12 meeting this level. The number 8 is the water resistance rating, and the highest scale is 9. 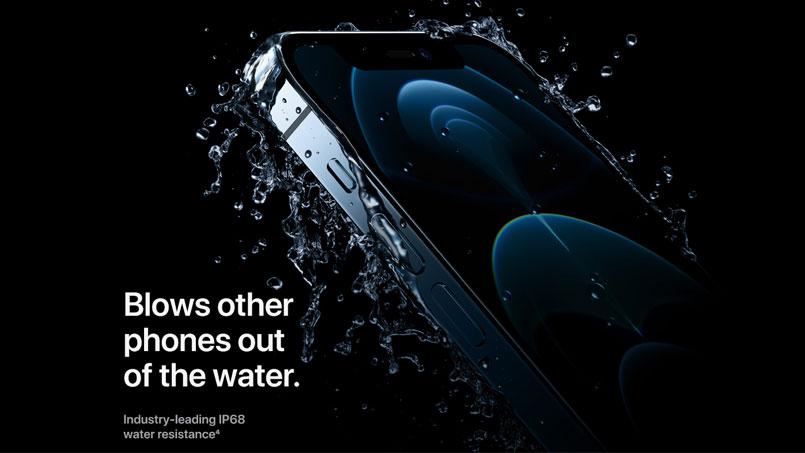 If you drop your iPhone 12 in the water, it can stay underwater for 30 minutes at a depth of 6 meters (20 feet). This is superior to the iPhone 11, which is only 30 minutes water-resistant to 2 meters. It also outperforms the iPhone 11 Pro, which can stay for half an hour also at a depth of 4 meters before being damaged by water.

This website uses cookies to improve your experience while you navigate through the website. Out of these, the cookies that are categorized as necessary are stored on your browser as they are essential for the working of basic functionalities of the website. We also use third-party cookies that help us analyze and understand how you use this website. These cookies will be stored in your browser only with your consent. You also have the option to opt-out of these cookies. But opting out of some of these cookies may affect your browsing experience.
Necessary Always Enabled
Necessary cookies are absolutely essential for the website to function properly. This category only includes cookies that ensures basic functionalities and security features of the website. These cookies do not store any personal information.
Non-necessary
Any cookies that may not be particularly necessary for the website to function and is used specifically to collect user personal data via analytics, ads, other embedded contents are termed as non-necessary cookies. It is mandatory to procure user consent prior to running these cookies on your website.
SAVE & ACCEPT
wpDiscuz
3
0
Would love your thoughts, please comment.x
()
x
| Reply