One of the most controversial features of modern smartphones is water resistance entering the body. On the one hand, this is a nice bonus to a large set of advantages of the gadget. On the other hand, it is the absence of guarantees from the manufacturer in the case of flooding the device. Now let’s find out how waterproof is the iPhone 12 and what are the weaknesses of water resistance in iPhone 12 Pro Max, and whether it is worth exposing it to this kind of exposure.

Experts and enthusiasts have found a semblance of protection against liquid penetration in the iPhone 6s. Apparently, at that time Apple was already preparing for the necessary certification of gadgets and tested some of the developments. 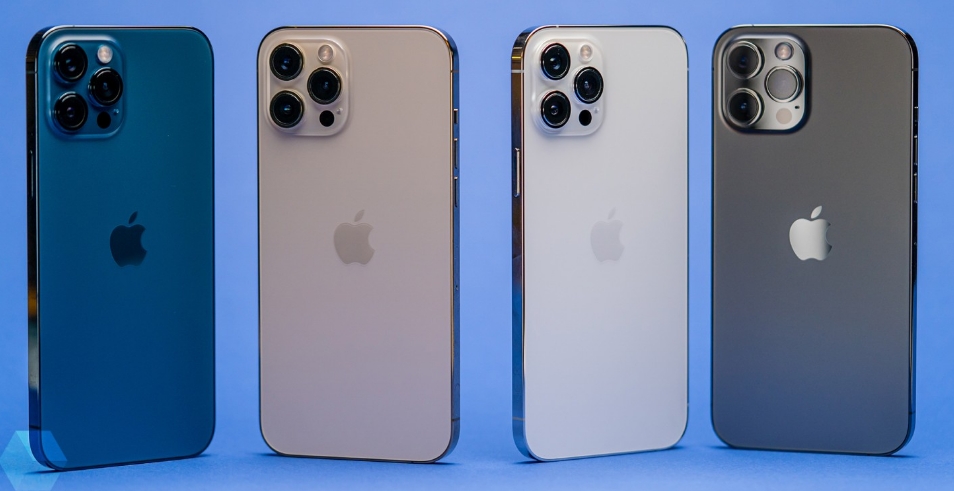 Officially, water resistance has become a feature of the iPhone 7 and iPhone 7 Plus. Then Apple smartphones complied with the IP67 standard. The developers promised the water-resistant of gadgets when immersed to a depth of 1 meter and lasting up to 30 minutes.

The iPhone 8 and iPhone X received a similar level of water-resistant a year later (the same protection parameters were found in the iPhone XR and iPhone SE 2020).

In 2018, the flagship iPhone XS/XS Max models were protected against liquid penetration by a more serious standard IP68. According to the specifications, the gadget could withstand immersion up to 2 meters for up to 30 minutes.

The 2019 flagships iPhone 11 Pro/11 Pro Max also received support for the IP68 standard, but the manufacturer allowed immersion to a depth of up to 4 meters for up to 30 minutes.

The entire lineup of devices in 2020 (all iPhones with the index 12) again passed IP68 certification, but the specifications indicate a possible immersion to a depth of 6 meters for up to 30 minutes. 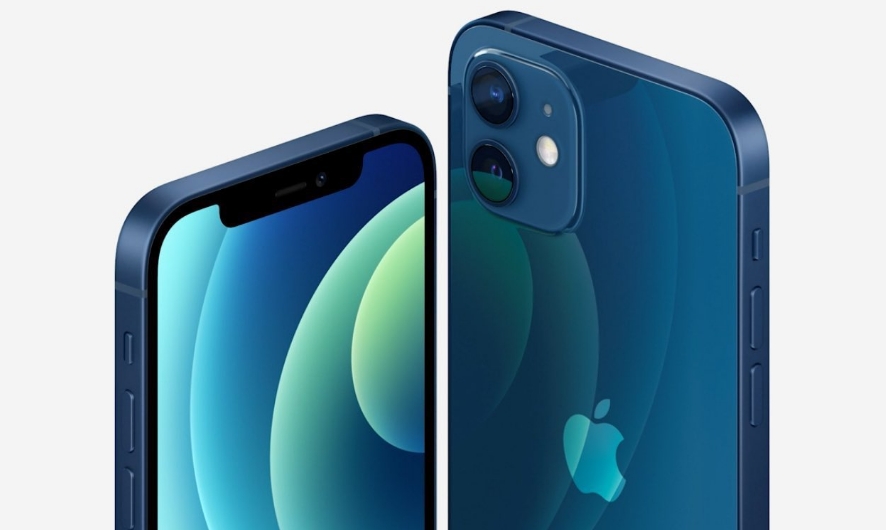 The most important thing that has not changed over time – the lack of warranty in case of flooding the gadget. This phrase is present in the specifications of all iPhone models (including iphone 13 vs iphone 12) since 2016.

In this way, the developers have secured themselves against millions of smartphones that have drowned in service centers. It is almost impossible to repair such devices, and replacing an iPhone with a new one in such a case would be very expensive.

It turns out that the smartphone has a characteristic, but the manufacturer is not responsible for it.

How Do They Test the iPhone XS Max Waterproof Protection

In order to obtain the appropriate certificate of the desired IP category, a test batch of gadgets is tested under strictly controlled laboratory conditions. The test devices are placed in a container of fresh water and immersed very slowly to the desired depth.

After 30 minutes, the iPhone 12 is just as slowly removed from the water and tested for performance.

These three differences do not allow you to hope for a successful outcome of a “swimming” smartphone in real life.

Even during the closest to real-life tests conducted by bloggers and enthusiasts, new gadgets with the highest possible parameters of moisture protection are used. At the same time, no one tells about the further fate of devices that have passed such a test.

Most often, it is not the very first immersion of normal wear in water that is destructive. During the debut “dive” iPhone 12 receives a certain dose of chemicals or salts, which subsequently have a negative impact on the protective pads or unprotected elements. And the subsequent dives after a certain time prove to be fatal.

Now let’s take a look at what exactly is the water-resistant and normal wear in iPhone 12 Pro Max.

Let’s look at all the holes in the case, through which the liquid can get into iPhone 12 Pro Max.

1. SIM card tray. The good fit of the parts and the presence of an additional seal allows the new smartphone to easily tolerate contact with liquid in the place of the opening tray.

However, over time, the rubber seal loses its elasticity, and sometimes even stretches. In this case, each removal and installation of the SIM card turns into a painful procedure.

An iPhone on the secondary market may be sold without this rubber seal at all.

2. The SIM card tray pusher. This miniature element is also equipped with a protective gasket, which is pressed inside the case under pressure and is restored after the tray is removed.

As a result, replacing the SIM card too often will lead to rapid wear and tear of the gasket on both the tray and the pusher mechanism.

3. Physical buttons on the body (volume control, power and silent mode switching keys). Here, too, there is a rubber seal, which shrinks and expands as the buttons are pressed.

The keys are pressed much more often than the SIM-card tray is removed, which means that the gasket can start to leak moisture faster.

4. Lightning connector. The hole from the inside is sealed from the rest of the stuffing smartphone. In addition, there is software protection, which is able to detect a short circuit of the contacts and disable potentially dangerous charging.

The user will receive a warning; after which they will have to dry the smartphone or ignore the warning by turning on charging immediately. If the iPhone is completely discharged after getting wet, the software protection will not work and there is a risk of shorting the contacts while charging.

Even with this level of protection, ingestion of saltwater can lead to oxidation of the contacts with further problems.

5. A protective layer between the screen and the case. The composite design of a smartphone involves the assembly of two main modules: a frame with a back cover and a front panel with a screen. An elastic rubberized seal is installed between these elements.

This is a rather weak point in the whole system of moisture protection. The gasket is disposable and in case of opening of the case must be replaced by a similar one. In addition, the thin layer wears over time, from temperature, crushing and twisting of the case, from bumps and falls, from particles of moisture and dust that have fallen on it.

Depending on usage conditions, this gasket will keep its properties from 6 months to a year. Do not expect that after a year of use iPhone will not let moisture inside.

6. Openings for speakers and microphone on the bottom face. Initially, there is a porous seal between the case and the stuffing. In addition, the holes themselves are covered with a very fine mesh, through which virtually no liquid penetrates

Even if moisture does seep in, it will settle on the speaker diaphragm and not damage the rest of the stuffing. The exception, as in other cases, is saltwater. It can oxidize the contacts and damage the diaphragm.

In addition, outside elements in the bottom of the smartphone are protected by plastic dividers and critical parts are encased in epoxy. Even if the speakers, the microphone or the Lightning port leak a small amount of liquid, it won’t have too much of an adverse effect on the rest of the device. 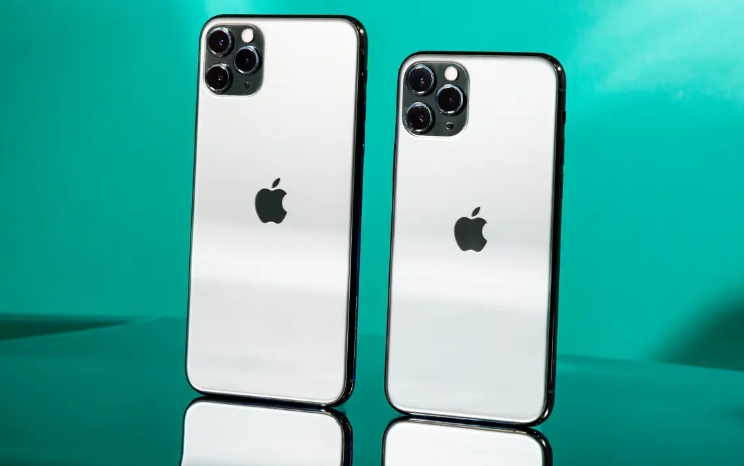 7. Speaking speaker on the front panel. Here the situation is complicated by the too dense layout of the elements, which are hidden under the “bangs” of the device. In a small area, there are several important sensors and a smartphone camera.

All this is protected only by a fine mesh, covering the speaker. Liquid penetration, especially under pressure, can damage the nearest modules of the device.

Particularly critical will be the breakage of the Face ID sensor system. An inoperable face scanner significantly reduces the value of the smartphone on the secondary market or results in a very expensive repair.

The sensor itself is not replaceable, because it has a hardware attachment to the motherboard. This is necessary to ensure the protection of data on the device.

As a result, you will have to work with the gadget without Face ID or invest in the replacement of the sensor and the motherboard, which will account for most of the cost of the gadget.

Many service centers confirm that it is the Face ID sensor that most often fails as a result of moisture. This happens either when moisture is trapped under slight pressure through the mesh speaker, or through a worn gasket around the perimeter of the case.

Otherwise, a new gadget that has no worn elements and has not been opened for repair is well protected against moisture for up to one year.

The Apple smartphone lineup has this water-resistant and dust resistance:

• iPhone 6s and older devices water resistance: not designed for immersion in water and get liquid damage.

• iPhone 11/XS/XS Max water resistance: up to 30 minutes in a maximum depth of up to 2 meters.

As you have already seen above, several factors can affect the decrease in water resistance.

It can be different from the laboratory conditions under which the dive takes place. The chemical composition of the water, the temperature and humidity of the environment, the pressure exerted on the smartphone. Even the deepest tests do not provide guarantees against trivial coincidence and human error.

During the life of the iPhone 12, it is subject to natural wear and tears. The case is periodically squeezed and twisted, the smartphone is heated to high temperatures, the seals (like the rubber on the SIM card tray) are worn and stretched.

Even drying process an iPhone 12 that has been left in the sun or charged with wireless charging can cause the protective seal to warp and further allow moisture to enter the case.

In any other complex device or mechanism, the rubber elements are considered expendable. This is why we regularly change the gaskets in a car or perform a wristwatch repassage. In the smartphone industry, such procedures are not yet available due to the limited average life span of the iPhone 12.

Such water resistance exists more as a precaution than as a chip for daily use. The manufacturer denies warranty service in case of moisture ingress in the case, which makes the function very specific.

IP67/68 water resistance, in most cases, will save the iPhone 12 after accidentally getting into the water. But regularly exposing the device to such exposure is definitely not worth it.

This website uses cookies to improve your experience while you navigate through the website. Out of these, the cookies that are categorized as necessary are stored on your browser as they are essential for the working of basic functionalities of the website. We also use third-party cookies that help us analyze and understand how you use this website. These cookies will be stored in your browser only with your consent. You also have the option to opt-out of these cookies. But opting out of some of these cookies may affect your browsing experience.
Necessary Always Enabled
Necessary cookies are absolutely essential for the website to function properly. This category only includes cookies that ensures basic functionalities and security features of the website. These cookies do not store any personal information.
Non-necessary
Any cookies that may not be particularly necessary for the website to function and is used specifically to collect user personal data via analytics, ads, other embedded contents are termed as non-necessary cookies. It is mandatory to procure user consent prior to running these cookies on your website.
SAVE & ACCEPT
wpDiscuz
0
0
Would love your thoughts, please comment.x
()
x
| Reply